The settlement was made with the U.S. Department of Justice after Signature HealthCare was found to have submitted forged pre-admission certifications regarding patient needs to the Medicaid program in Tennessee.

These allegations initially arose after two former employees of the nursing home company filed a federal whistleblower lawsuit. The U.S. government became involved and also accused Signature HealthCare of engaging in multiple fraudulent practices that were lead to false claims for “unreasonable, unnecessary, and unskilled services to Medicare patients.”

The two whistleblowers say they felt that it was necessary to file a lawsuit after one of their patients had been very sick for days and was not able to attend therapy. Even so, their boss demanded that the resident undergo 4 hours of therapy in a single day so that his reimbursement bill would not fall into a lower bracket.

END_OF_DOCUMENT_TOKEN_TO_BE_REPLACED

If your loved one is being cared for in a nursing home facility, you’ll want to pay close attention to recent changes made by The Trump Administration. The implementation of fines against nursing home facilities that have been accused of neglect or wrongdoing, should be scaled back, according to The Trump Administration. This announcement comes as part of a broad relaxation of various regulations. Such a change in the penalty protocols made by Medicare was requested by the nursing home industry and their main trade group The American Health Care Association. The group has made several complaints since 2013 alleging that federal inspectors, under President Barack Obama, focused more on “catching the wrongdoing” rather than encouraging these facilities to make improvements.

Mark Parkinson, president of the AHCA, wrote a letter to Trump in 2016 and asked him for relief. Between 2013 and 2016, approximately 6,500 nursing homes, or 4 in 10, were cited for at least one serious violation. Of those, Medicare allocated fines of around $33,000 to two thirds of these facilities. Citations and violations included the failure to protect residents from accidents that could be avoided, mistreatment, abuse, and neglect.

END_OF_DOCUMENT_TOKEN_TO_BE_REPLACED

Twenty elderly men and women went without their daily medication in a senior living home in Palm Springs, CA because there was not medical technician on duty. In Paso Robles, a senior women fell in her bedroom and waited 22 hours for help even after she pushed the emergency button. These devastating incidents are only some of those reported against one of the nation’s biggest assisted living provide: Brookdale Senior Living.

A class action lawsuit was recently filed in a Northern California federal district court. The claim details these incidents and several other which allegedly took place in Brookdale owned facilities. The lawsuit says that inadequate staffing, improper training, and rising fees are a contributing factor and part of a “callous and profit driven approach”. Multiple residents, from several locations, claim they are not assisted for hours after a fall, are given the wrong medications, and left in their waste .

The California Assisted Living Association, an industry group, has declined to comment on the matter, and so have the relatives of those involved. The spokeswoman for Brookdale Senior Living, based in Tennessee,  says the lawsuit has no merit and the company is prepared to “vigorously” defend itself.

END_OF_DOCUMENT_TOKEN_TO_BE_REPLACED

House Bill 1215 is currently pending in congress. The bill has been shadowed by hundreds of more pending bills, and now it’s time to shed some light on it. If passed, house Bill 1215 essentially will create immaculate obstacles for people who seek to hold health care professionals accountable for medical negligence, also known as medical malpractice. Although many states have already imposed certain limits on what damages can be sought, the bill goes beyond these laws and will set forth draconian limits on the lawsuits filed by victims all over the country.

Misleadingly, albeit cleverly, named Protecting Access to Care Act of 2017, would force a maximum limit of $250,000 for non-economic damages such as emotional anguish, stress, or pain and suffering. Supporters of the claim say these limits will prevent frivolous lawsuits. Those against the bill say it affects malpractice victims whose damages exceed the limits; unfortunately these often include those who have suffered the most. Furthermore, the cap could be devastating for children, women, elderly, and people with a disability.

House Bill 1215 also includes a statute of limitations for lawsuits involving medical malpractice. If passed, most patients will have one year from the time of discovery to file a suit. Joanne Doroshow, the executive director of the Center for Justice and Democracy, says “almost no state has a statute of limitations that severe.” During this year period, victims will also have to overcome numerous hurdles including getting an affidavit from expert witnesses who meet very strict requirements. In other words, the bill clearly states that only a doctor practicing or teaching in the same state or neighboring state can act as an expert witness. The court will be able to waive this if witnesses would “otherwise not be available.”

END_OF_DOCUMENT_TOKEN_TO_BE_REPLACED

In 2015, a baby boy only known as ‘Baby Doe’ was born addicted to opioid painkillers. His first few days of life were spent in an agonizing withdrawal in the neo natal unit. Three Tennessee prosecutors and the baby’s guardian have teamed up together and filed a lawsuit against several manufacturers of opioid painkillers. The prosecutors claim the drug companies used deceptive marketing tactics which ultimately downplayed the risks of developing an addiction to opioid medications.

Filed in June, at the Sullivan County Circuit Court in Kingsport, Tennessee, the infant boy who was the driving push behind the suit is known to have survived his battle. The extent of impact which the addiction had on his health is yet unknown.

END_OF_DOCUMENT_TOKEN_TO_BE_REPLACED

In February 2016 Playboy model and ‘Queen of Snapchat’, Katie May, died after visiting a chiropractor for a neck adjustment. Earlier in the week Ms. May had fallen during a photo shoot and injured her neck. She believed to have pinched a nerve and sought the help of a chiropractor on a Friday morning. By Monday, after a weekend of extreme pain, she suffered a stroke. The mother of one remained on life support until Thursday in which she was tragically proclaimed as being ‘brain dead’.

The incident left many to wonder how the 34 year old suffered a stroke, something which tends to be more common in older people over the age of 60. According to the L.A. County Coroner, the neck adjustment tore a major artery in Katie May’s neck. This led to the cutting of the blood supply, and eventually caused a stroke.

Can Chiropractic Adjustments Cause a Stroke?

END_OF_DOCUMENT_TOKEN_TO_BE_REPLACED

As a law firm, we help victims of nursing home abuse and neglect. This is all too common with many elderly simply not receiving the quality of care that they deserve. Whether this means a failure to provide necessary medications or outright abuse, it is important to seek legal help as soon as possible. 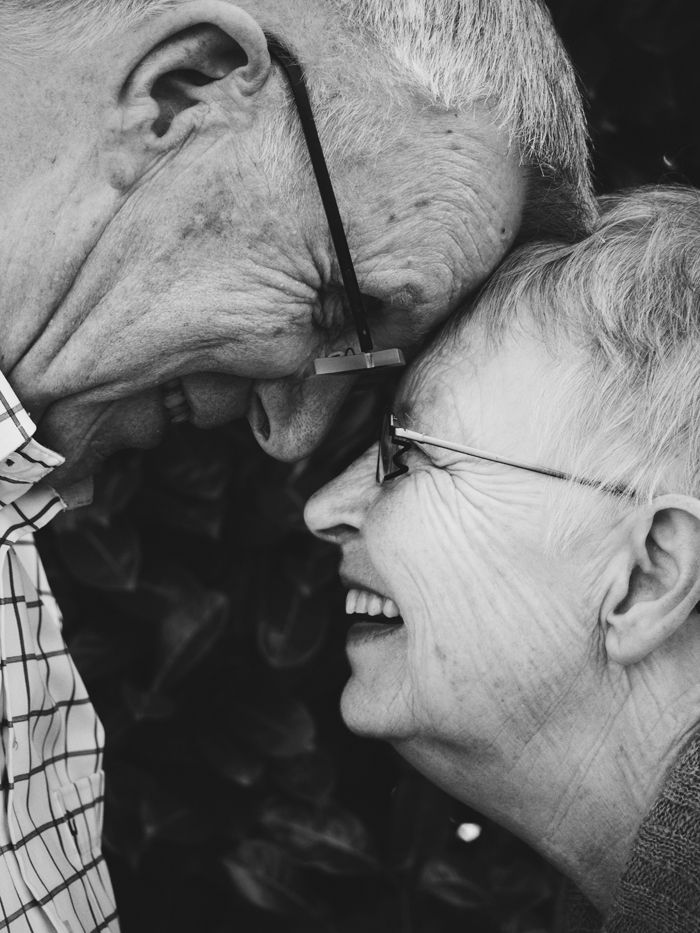 Now, in an attempt to protect nursing home residents, new rules have been passed. These rules must be followed for a nursing home to receive money through Medicare and Medicaid. They include:

END_OF_DOCUMENT_TOKEN_TO_BE_REPLACED

Deborah Giannecchini, 62, had been using J&Js’ baby talcum powder as feminine hygiene for 4 decades. However, in 2012 she was diagnosed with ovarian cancer and claimed the baby powder was the cause. After hiring a talcum powder lawyer, a lawsuit was filed for compensatory damages due to negligence, and a recommendation for the company to have to attach warnings onto the product.

Only recently, the jury sitting of Mrs. Giannecchinis’ case, ruled in her favor. Her award settlement totaled $70 million; $65 million in punitive damages from J&J with a further $2.5 million for medical costs, pain and suffering. J&Js co-defendant Imerys Talc America, and supplier of the talc, are also required to pay $2.5 million to her. Johnson & Johnson says they sympathize with Mrs. Giannecchini’s situation; however, they went on to say “We will appeal today’s verdict because we are guided by the science, which supports the safety of Johnson’s Baby Powder.”

END_OF_DOCUMENT_TOKEN_TO_BE_REPLACED

I was recently interviewed about some Chiropractic Malpractice cases we handled. They involved strokes that occurred during neck manipulations. You can watch the interview below:

For some reason many people seem to have strong feelings about chiropractors, both good and bad. For instance my wife swears by her chiropractor. She goes to her for all types of aches, pains and other health reasons. To the contrary, others are suspicious of chiropractic treatment. At the very least some of the more skeptical people believe the treatment is unproven and unwarranted. Regardless, when we try a chiropractor malpractice case it is very important to have a very detailed vetting process when picking the jury. This helps ensure that everyone involved in the case gets a fair trial.

One of the more common injuries that we have handled involves strokes which resulted from chiropractic neck manipulations. Specifically, this injury can occur when the artery to the brain is blocked from a clot or even ruptures as a result of being aggressively stretched or “manipulated” . When the manipulation is too aggressive or extreme the significant wrenching of the head and rotation of the cervical spine can stretch or tear the delicate lining of the artery. As a result a blood clot can from over the inured area of the artery and can later become dislodged. When this occurs the smaller artery that supplies blood to the brain can become blocked leading to catastrophic injuries. Chiropractors will tell you that the danger is extremely remote however if it does occur the results can be life changing. If you decide to undergo this procedure I would recommend you discuss it with your doctor and weigh the benefits versus the risk. Further, make sure your chiropractor goes over the risk of any procedure he wishes to perform. The medical standard of care in Tennessee requires you be informed of any and all risk associated with your medical treatment. This includes chiropractic treatment.
Another interesting component of this type of malpractice and injury is the timing of the symptoms. We have had cases where the stroke happens almost immediately but often several days or even a couple of weeks can pass before the stroke occurs. This is because it may take some time for the blood clot to form and to dislodge. Because the time delay some injured patients do not realize the connection between the chiropractic manipulation and the stroke. Tennessee has a very short statute of limitations on medical malpractice cases so if you feel that you have suffered an injury as a result of chiropractic treatment you should contact an attorney immediately.
END_OF_DOCUMENT_TOKEN_TO_BE_REPLACED

According to this Nursing Home Neglect lawsuit, on December 13, 2011, a woman died after suffering a subdural and subarachnoid hematoma. Although devastated at her loss, it was a situation the family could understand. Sadly, this family was lied to, although the real facts were not revealed until they were watching the evening news. The newscaster announced that the coroner’s office ruled the cause of death a homicide because she was assaulted by an Alzheimer’s patient.
The family went to the nursing home seeking answers following the news report. They were avoided by staff members. The victim’s son doesn’t blame the other resident, but he was shocked by the lies and could not believe the lack of supervision provided by the nursing home staff. The altercation happened in the dining room, where no supervision was present.

According to the case, the family originally sought an apology and $30,000 to cover the woman’s hospital bills; however the nursing home refused to accept accountability. Now the facility is facing a wrongful death lawsuit. An inspection in January 2011 cited the nursing home for failure to provide adequate supervision to prevent a fall in the Alzheimer’s unit. In response the nursing home submitted a plan of correction and promised not to leave Alzheimer’s residents unsupervised in the dining room. The plan was never effectively implemented.
END_OF_DOCUMENT_TOKEN_TO_BE_REPLACED