We’re all guilty of checking our cell phones for messages, missed calls and social media updates while driving. As tempting as this action can be, it’s one which comes with a lot of risk. Recently, The National Safety Council has found that as many as two in three drivers pulling into shopping centers, parking garages, and parking lots are distracted. And further, that one in five accidents happens while in these locations.

The leading culprit for such collisions is cell phones. One researcher involved in the study says many people understand the risks associated with using a phone while on a highway or busy road. But in a parking lot, they’re going much slower and this speed offers a “false sense of security.” It’s true that a driver’s speed is significantly less than main roads; even so, the consequences have proven to be deadly.

In October, 2016, 24-year-old Maria Cruz Gonzales-Cortes was pushing her 15-month-old baby in a stroller across the parking lot of a laundry mat. Video footage shows a distracted driver striking the mother and child, killing Ms. Cortes. The baby survived and is being cared for by family members.

In Wisconsin, another incident captured on video shows a driver losing control of his car and slamming into nine cars before stopping. No one was seriously harmed. These accidents are just two of many examples which occur on a daily basis throughout the United States.

The report from the National Safety Council estimated at least 60,000 people are injured and 500 more are killed in the nearly 50,000 parking lot and garage accidents every year. “It’s just as dangerous to be distracted in a parking lot going 5 mph as it is going 50 mph,” says Deborah Hersman, the president of National Safety Council. Hersman went on to say ““People have their heads down; they’re on their phones whether they’re behind the wheel or whether they are pedestrians. There’s just a lot of inattention out there.” 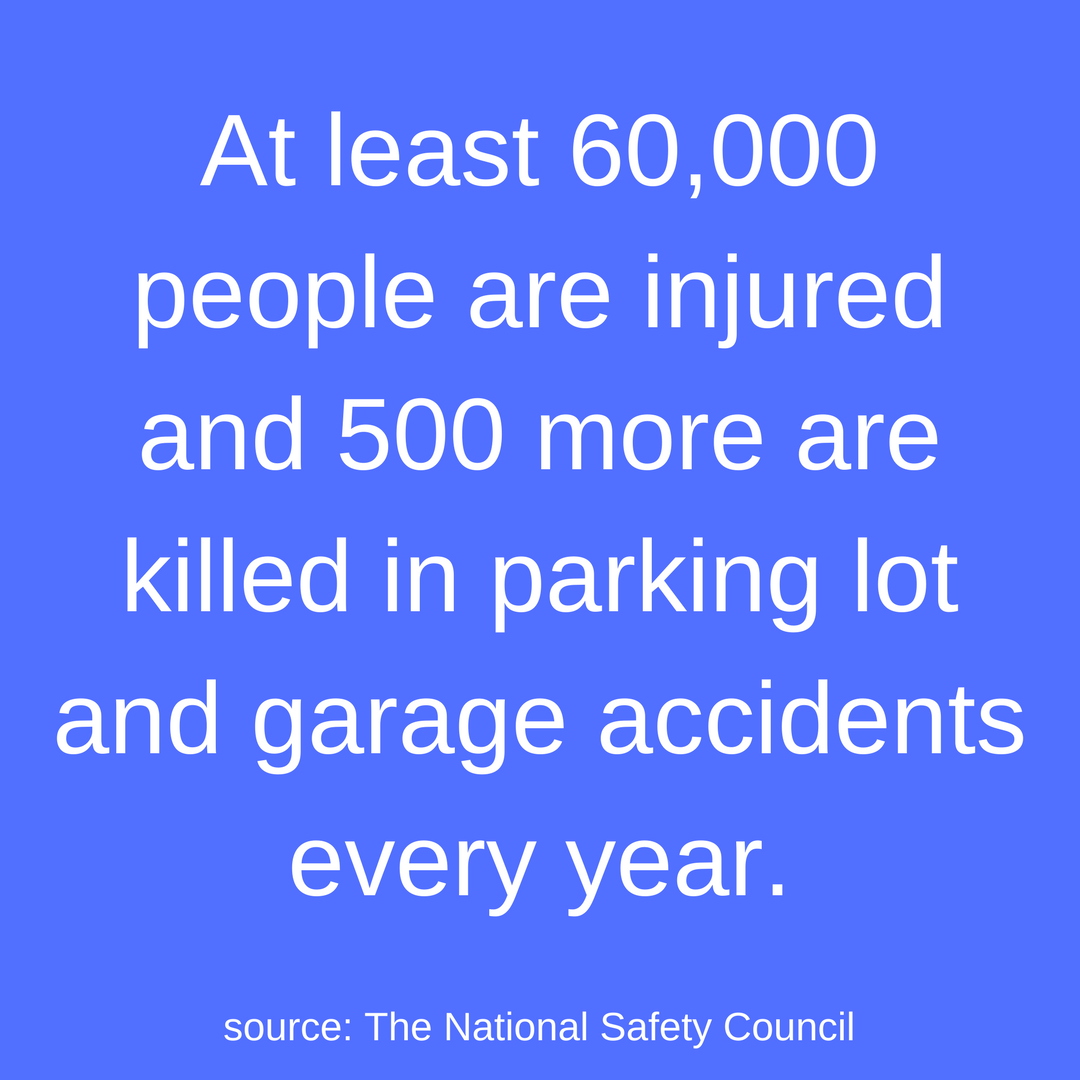 Do We Need New Legislation?

A follow-up survey asked people how they felt about cell phone usage while driving. A staggering 66 percent said they were comfortable making calls while driving in a parking lot and 50 percent would text. Another 50 percent of people also have no problem with checking social media accounts, taking pictures, watching videos or sending emails. The alarming result raises many questions as to whether or not laws should be put into place to further prevent such parking lot distractions.

Unfortunately, people don’t give a parking lot or garage as much attention as they give the road. The truth of the matter is that these areas require just as much attention, if not more, because there are all sorts of obstacles in the nearby vicinity. As the holiday season comes closer, people are becoming hurried to do their last minute shopping. Such rushing around has already proven to result in a number of injuries in parking lots. Lawyers have taken note of these serious matters are ready to provide tenacious defense for the victims of parking lot accidents. To find out more, please contact The Higgins Firm now.